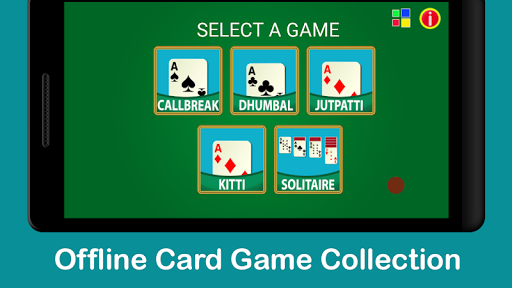 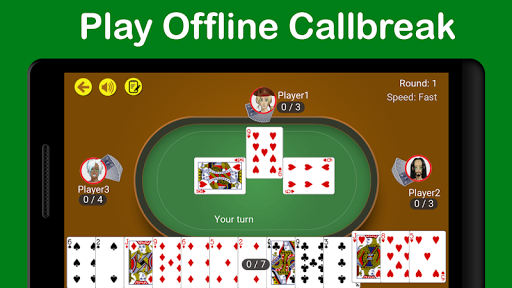 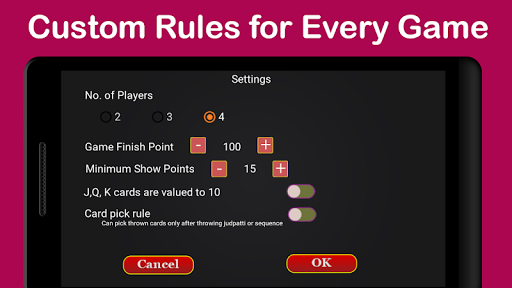 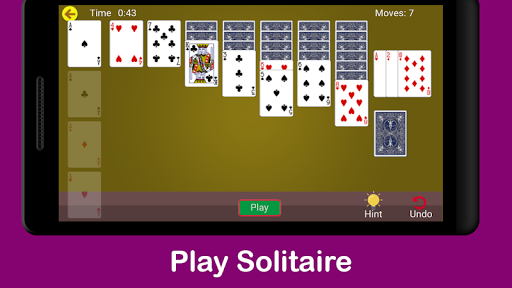 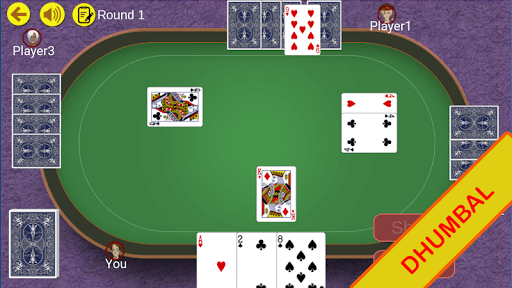 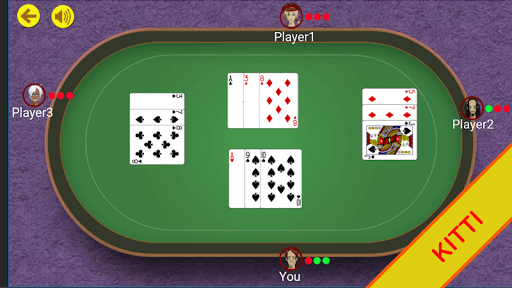 All the popular card games (Callbreak, Dhumbal, kitti, Judpatti) in a single place. Now you can play your favorite game in a single click. No need to download all those games separately.

Callbreak:
————————–
CallBreak (also called Lakadi/Lakdi in some parts of India) is a strategic trick-based card game widely popular in Nepal, India and some other Asian countries which is quite similart to Spades played in West. Played with a standard deck of 52 playing cards by four players, it is a perfect time pass .
Callbreak is regarded as king of card games in south eastern region.

Dhumbal:
—————————
Dhumbal (Jhyapp) is a popular card game played across Nepal and some parts of India. The game is played with a standard deck of 52 playing cards by two or more players. The aim is to have least number of cards than your opponents by throwing sequence of three or more cards in same suit or two or more cards with same face or throwing a single high face card.

Kitti:
—————————–
Kitti is played with a single deck of cards by two or more players. Nine cards are dealt to each player with the task of arranging cards in three hands.

All the games are really popular among teens and adults for time pass and fun with their family. These card games are loaded with strong AI so that you can play offline and without others.

Have fun and please do share this game with your families and friends.

If you have any suggestion, feedback or questions please do feel free to contact us.