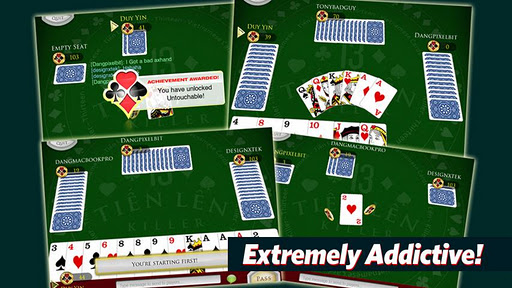 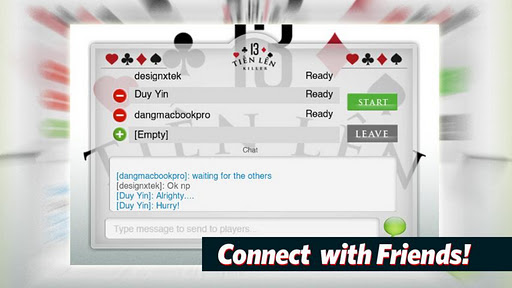 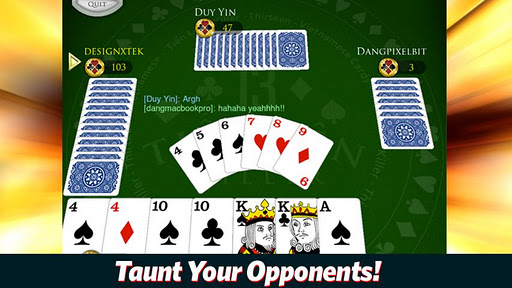 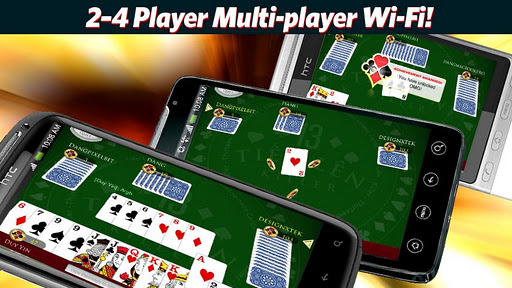 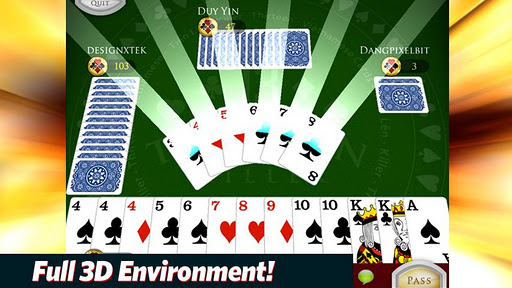 **BETA: May crash on certain devices or have graphical bugs**
** We are working on the fix! **

You can play with friends who have iPhone, iPad, iPod Touch!

Looking for the Ultimate Tien Len game? Look no further! TIEN LEN: Killer 13 is built from the players perspective to give the most addicting multi-player experience. With stunning graphics, full 3D graphics environment, and realistic slam effects, you’ll be able to enjoy Tien Len with your friends almost anywhere you go!

– Internet WIFI or 3G Connection Required!
– A friend or more to play with! (this game is multi-player only)
– A lot of free time because it is addicting!!

List of devices that our game may not work on:
– Samsung Transform with stock 2.1 OS
– Samsung Galaxy 580 (may crash on complicated scenes that other, similar devices can handle)
– Samsung Galaxy 5 (similar to Galaxy 580)
– HTC EVO3D
– HTC Sensation
– HTC Wildfire
Updated to 1.1 for stability